About 2 weeks ago, my little D had an ordinary mosquito bite on her right lower leg that she kept on scratching, so the bite mark just kept on getting bigger and deeper.  We didn’t mind the bite that much as we thought it was just a regular bite.  We put cream on it and that’s it.

No swelling, no redness, no fever, until noon of June 30.  Beside her previous bite was a tinier bite which immediately caused her fever and some swelling, or so we thought.

Within that 24 hours of the new bite being found, she continued experiencing redness, swelling in the same area, and her fever doesn’t go down.

Our pedia suggested we see a Surgeon who specializes in these cases. Immediately after seeing her leg, the Surgeon said that D must be confined at once. His diagnosis: CELLULITIS.

According to kidshealth.org, they define Cellulitis as:

“Cellulitis is an infection of the skin and underlying tissues that can affect any area of the body. It often begins in an area of broken skin, like a cut or scratch. Then bacteria invade and spread, causing inflammation, pain, swelling, warmth, and redness.”

The bite that D kept on scratching was already infected and we didn’t know. If she didn’t have high fever, we would have not seen a doctor and it might have been too late.

Cellulitis, if left untreated, can result to more damaging scenarios.

Treatment
D was administered 2 kinds of antibiotics to kill the bacteria that have entered her skin. The fastest way to cure Cellulitis is through admission of intravenous antibiotics especially if the case is severe. She took Clindamycin and Unasyn through IV. If doctor’s diagnosis is just Mild Cellulitis, then taking oral antibiotics would be enough.

Antibiotics must be taken in a 5 or 7 day cycle to ensure its effectivity.

Prevention
Now that D is okay and we are likely to go home tomorrow, I would like to discuss what we could do to prevent a simple mosquito bite from becoming threatening cellulitis.

1) Be aware of the insect bites your children may have. Even little bites may be harmful. As long as there is an opening where bacteria can enter, it should be properly observed and monitored until fully healed. As our doctor advised, when there is even the littlest sign of opening, it is best to put some antibacterial cream like Bactroban. This is my new bestfriend from now on. 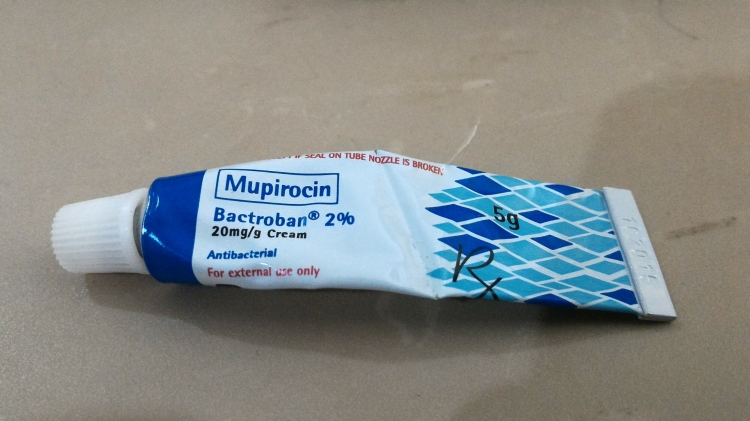 2) Of course, children especially active ones will always get scrapes or cuts every now and then. That is normal. Just make sure that these are immediately washed with clean water and soap. After which you could apply some antibacterial cream. Cover the wound with some bandage or gauze.

Any wound can be infected if not properly treated, and we may not see it on the outer skin as the bacteria thrives inside the skin.

Let this be a lesson to all of us. And let’s not forget that this is applicable to both children and adults.