Been wanting to try Shrimp Bucket for some time now. Finally had the chance yesterday when we were in Ayala Malls the 30th. Could have gone to our fave resto, Gringo, but a little change wouldn’t hurt right?

The interior makes you feel like you are inside a ship. With small holes surrounding the area, and some ropes dangling and barrels lined up, the wood finish and the warm lights complete the look. 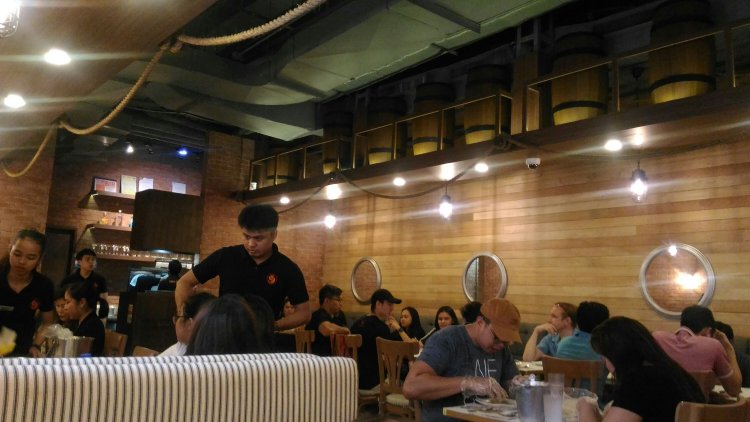 For you to have an idea what they serve in Shrimp Bucket, here’s their menu.

So we wanted to order crabs, but they’re out of stock. We instead ordered Shrimps in Salty Eggsperience and Mussels in The Mardi Gras.

I love Salted Egg whatever, but this one didn’t do it for me. I would have liked it more if there are bits and pieces of salted egg or maybe not too saucy. Some of the shrimps were overcooked. The skin sticks to the shrimp meat.

Would have tasted better with the Mardi Gras sauce.

The mussels gets a thumbs up. They did great with The Mardi Gras sauce. It’s a chorizo based sauce with a little tinge of spiciness. The chorizo meat’s like grounded meat and mixed with the mussels.

The Deep Fried Baby Squid is a hit with my kids. The breading’s not too salty. The squid is not chewy. 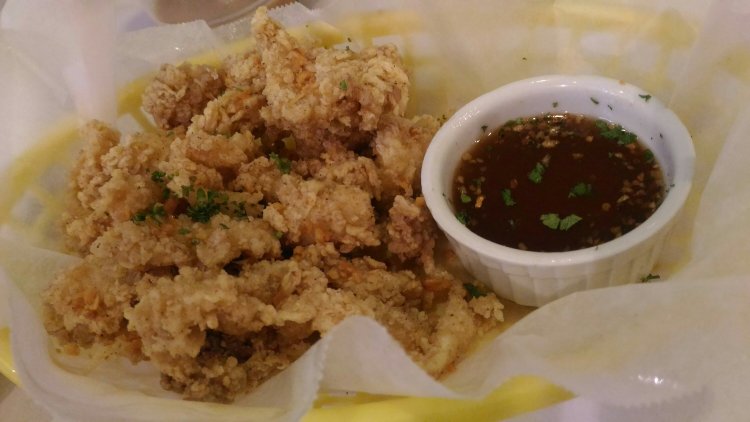 Shrimp Bucket has non-seafood items too!

We tried their Spicy Pork Belly (not spicy at all). It’s like binagoongang bagnet (pork belly with shrimp paste). The meat melts in your mouth, the hint of shrimp paste tastes good. There’s still a crunch even if smothered in sauce already.

Instead of ordering an extra bowl of rice at Php 40.00, we ordered a Rice Bowl instead at Php 160.00. The Dad’s Seared Chicken with coconut milk sauce gets a high grade. Like the pork, the chicken melts in your mouth as well. The coco based sauce seals the deal!

Overall, I like the non seafoods better. Maybe I need to try the crab and the shrimp in the Mardi Gras sauce, or try the other sauces available. There are also a lot of other rice bowls and main entrees to choose from. And it’s affordable too!

And it’s fun to see what you have devoured in a bucket after! 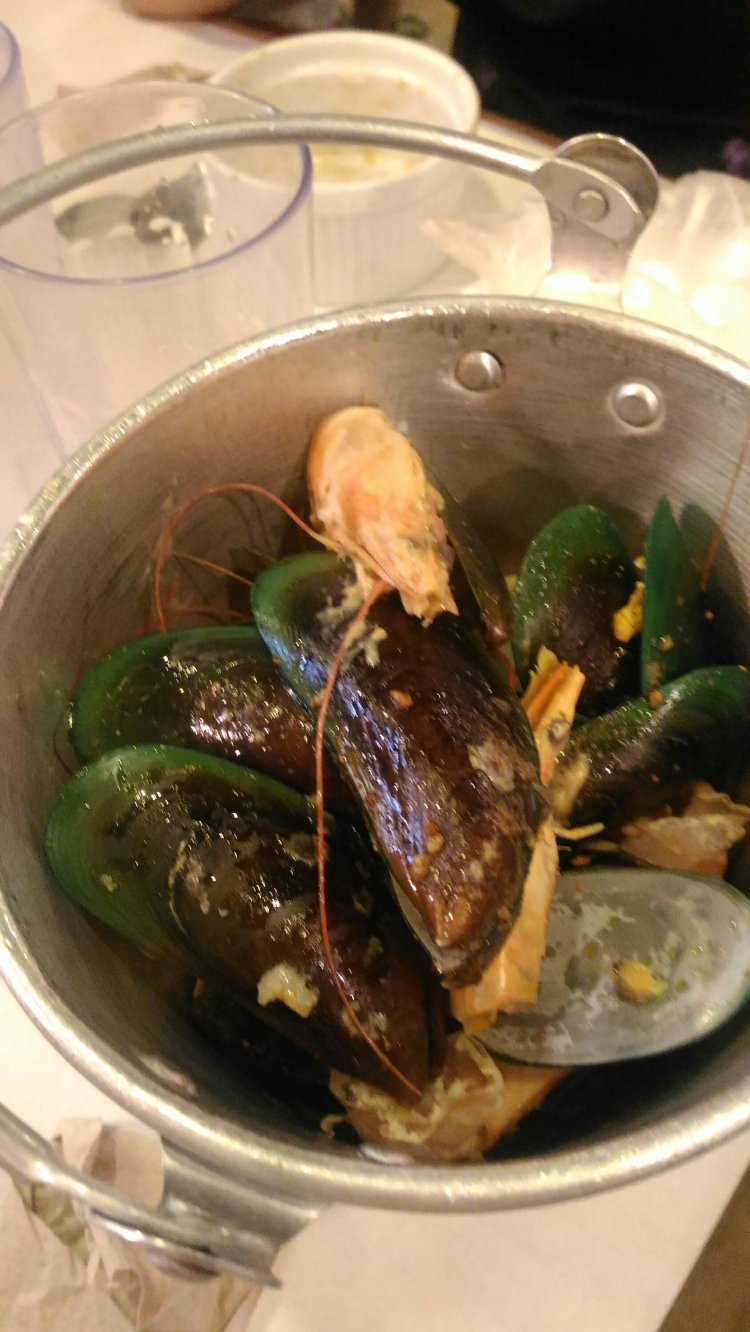 Shrimp Bucket has a few branches all over the metro.